Recently I was asked by UEFA to play in the first ever match for solidaritory game in Geneva with players such as Figo, Raul, Kluivert, Essien, Pirlo, Cafu, Salgado and Ronaldinho to name a few.

My family and I flew out the day before the game and spent the night in a lovely hotel on Lake Geneva.

We were up nice and early the next day to explore a little bit of the city before heading to a UEFA meeting with all the players and staff. All the players then got on a team bus and were ushered to the United Nations where we got a tour of the grounds. We had our pre match meal inside. I sat with Casey Stoney, Celia Sasic, Rio Ferdinand and Robbie Keane. We then headed to the stadium ready for he match.

25,000 people turned up to watch the game in the heat. I hadn’t put my boots on since I retired nearly 2 years ago so it felt a little bit weird in match kit and boots, but once I got out into the field it brought me right back. I loved every minute and I had no inhibitions of going and getting the ball off of Pirlo, Pires and co.

I even managed to set up Raul with a header back post and I probably should have scored 2 goals but I picked the wrong option in a pass instead. We won the game 4-3.

After the game it was a quick turnaround as we had to head back to the hotel and shower and get ready for the gala dinner. Lots of money was raised for their chosen charity which is the main thing and it as a fantastic night.

Overall it was a lovely weekend away and to share a field with the legends of the game was amazing. 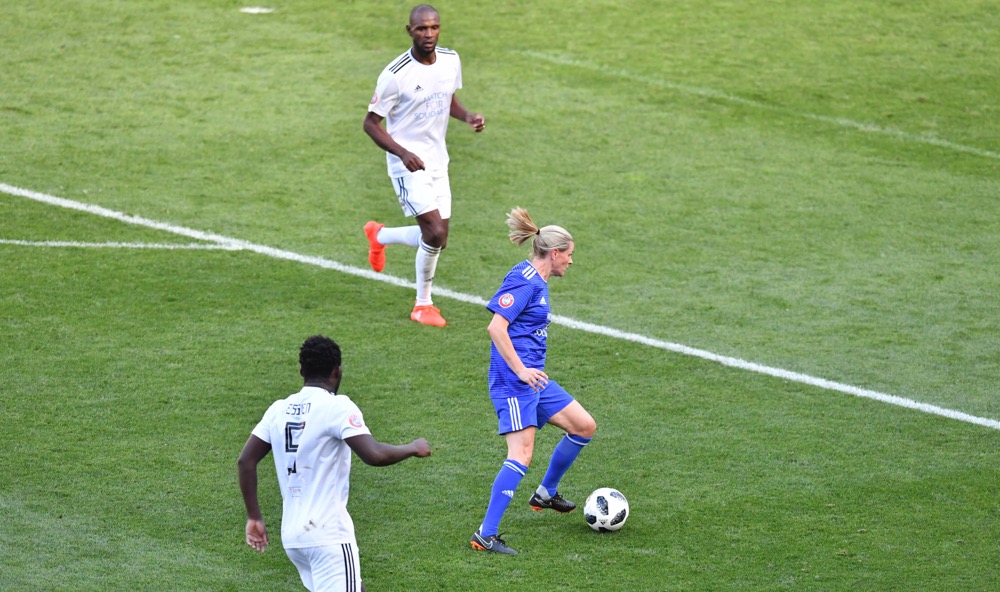